Themed after the 1972 Miami Dolphins’ “Perfect Season” – the only team in NFL history to finish a season undefeated, our custom cuts and aging process are the highest in the industry. Newly renovated and refreshed with new menu items and a new look, guests can enjoy a premium Black Angus steak, The SHULA CUT®, surrounded by Miami Dolphins memorabilia representing the 1972 undefeated season under the NFL’s winningest coach, Don Shula. From the field to the kitchen, Shula scores big with entrees that have made his restaurant “Critic’s Choice for Orlando’s Best Restaurant.”  A wine list featuring more than 450 selections has been a consistent winner of the Wine Spectator Best of Award of Excellence.  You won’t find a better steak anywhere. Touchdown! 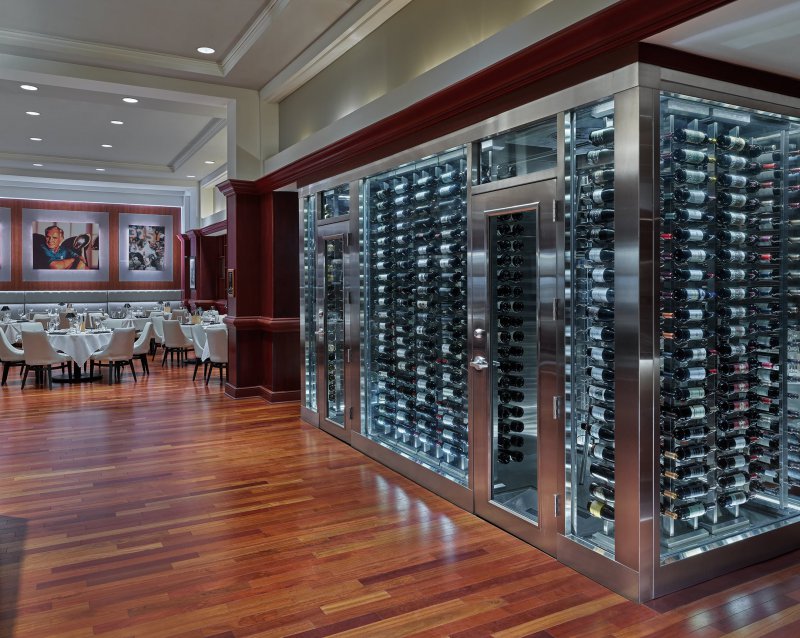 Chef Scott West started his culinary career in Orlando, Florida as a line cook in various restaurants throughout high school. After graduating, he took his talents to Miami to start cooking at the Ritz-Carlton South Beach and later the Ritz-Carlton Bal Harbour. It was in Miami where he found his passion and love for culinary arts.

He then decided to go to culinary school at the esteemed Culinary Institute of America, Hyde Park. Following culinary school, Chef Scott moved to Fort Lauderdale and became the private chef of a 110’ motor yacht “Le Reve”.  A year later he moved to Greenville, South Carolina to open a farm-to-table Restaurant “Oak Hill Café & Farm” with his colleagues from the Culinary Institute of America. They were nominated for a James Beard Award in 2018 for “Best New Restaurant, Southeast”. In search for more experience in high volume restaurants, he then joined the team of Hall’s Chophouse, Greenville. He then moved back to his home, Orlando in the summer of 2021 where he now is the Executive Chef of Shula’s Steakhouse. Whether you’re planning an important dinner meeting, an elegant dinner for the wedding party, or a fun family reunion, we’ll help you plan the perfect dining event that your guests will appreciate and remember. Formal or casual, our Chef and staff of Certified Sommeliers will create a menu to accommodate your appetite.
To learn more about our private dining opportunities, contact our private dining specialist at 407-934-1609.