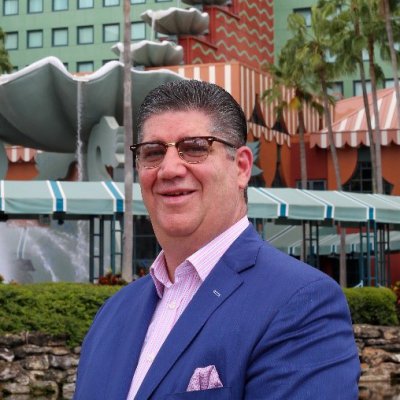 With a more than 35-year career in the hospitality industry started during his youth in his family’s upstate New York restaurant, Verney is a highly experienced executive who prides himself on leading diverse teams of professionals to new levels of success. He oversees all aspects of the 2,270-room resort with 333,000 square feet of meeting space and all cast members. He will also be responsible for managing the resort’s upcoming expansion, a 349-room, 14-story tower scheduled to open in 2021.

Verney previously spent more than a decade as general manager at various New York and New Jersey hotels, including Sheraton Parsippany Hotel, Westin New York at Times Square, and the 1,780-room Sheraton New York Times Square, one of the largest hotels in the northeast.

With a proven track record of driving associate engagement, customer satisfaction and profitability, Verney is a true team player who has a passion for developing and growing future leaders and a firm commitment to investing in his hotel team.

Noted for his track record of successful hotel management, Verney attributes his impressive success to a leadership philosophy that focuses on teamwork, strategy and hard work in order to obtain a winning result.

He is an active leader within the tourism community, having served as an executive board member of the Hotel Association of New York City, on the hotel advisory committee of NYC & Company, the city’s marketing and tourism organization, and as a member of Marriott’s New York City Business Council. Ed DiAntonio is the director of catering and convention services at the Walt Disney World Swan and Dolphin Hotel.

In his role, DiAntonio is responsible for overseeing both the catering and convention services operations for the 2,270-room property which offers more than 331,000 square feet of meeting space.

Previously, DiAntonio was director of catering for the resort, where he was consistently recognized for his achievements and expertise within the industry. He was elected to sit on the National Association of Catering Executives (NACE) National Board, is a past president of the NACE Orlando Chapter and was awarded Caterer of the Year for the chapter in 2005, 2006 and 2008. In 2008, he was also selected as NACE’s National Caterer of the Year.

DiAntonio is a certified meeting planner and certified professional catering executive with more than 30 years experience in the hospitality industry and more than 10 years at the Walt Disney World Swan and Dolphin Hotel. 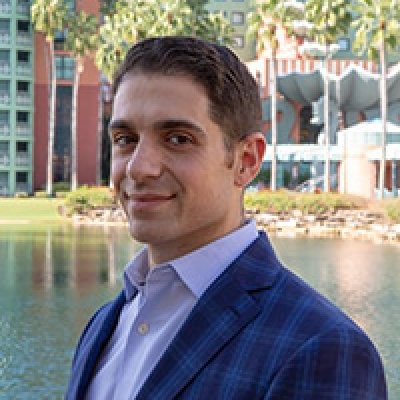 Luciano Sperduto is the Director of Food & Beverage of the Walt Disney World Swan and Dolphin Hotel. Sperduto brings over 17 years of food and beverage experience to his new role. He has worked in several different properties and opened three hotels and numerous restaurants while working for Starwood/Marriott Hotels. Prior to his current position he was Assistant Director of Food and Beverage at the Walt Disney World Swan and Dolphin for more than 9 years. In his new role as Director of Food and Beverage, he is responsible for the hotel’s catering and convention services operation, along with the oversight of the resorts 17 food and beverage outlets and lounges. The resort offers more than 331,000 square feet of meeting space. Sperduto graduated from Boston University School of Hospitality in 2001. He holds a Bachelor’s Degree in Hospitality Administration, is a certified sommelier by the Court of Master Sommeliers, and is Beverage Alcohol Resource (B.A.R.) certified. Chef Daniel “Dan” Herman brings a wealth of experience in the food and beverage industry to his position as the Executive Chef for the Walt Disney World Swan and Dolphin Resort. Prior to his current position,he served as the Executive Sous Chef for the Walt Disney World Swan and Dolphin Resort.  His focus rested on transforming the traditional banquet atmosphere to one consisting of high end cuisine. By developing new menus with an elegant flair and intimate style, he brought VIP groups and banquets extraordinary culinary treasures while raising the bar for banquet dining in the industry. He also supervised a team assistant chefs in the banquet services division of the resort. Among the honors Herman has received are the 1999 Golden Palm Award for best continental restaurant, the 1998 Golden Palm Honorable Mention for best hotel restaurant and the 1998 Award of Merit from Confrerie de la Chaine des Rotisseurs. He received a Bachelor of Science degree in food service management from Radford University in Radford.In addition to his wealth of culinary knowledge Chef Herman holds a level of understanding and appreciation for the products he uses that few others do. In his free-time he raises and cares for his own livestock on his at his personal farm. At heart, Herman is a true farm-to-table chef.

Relax and leave everything to our Disney resort staff.

Friendly smiles are contagious and courteous service is our standard. Our staff cares about your needs and will ensure that your visit to our Disney Hotel is filled with unforgettable memories.

The cast of the Walt Disney World Swan and Dolphin Resort recently received the Community Service Award from Starwood Hotels and Resorts for the tremendous amount of support and charity they have given to the community. Hearts for Humanity, the resort’s humanitarian committee comprised of caring associates from various departments throughout the property, organizes, coordinates, and participates in all the charitable work done on behalf of the Walt Disney World Swan and Dolphin. This includes both charity drives and volunteer events. Below is a sample of what our Disney hotel accomplished with Hearts for Humanity in 2007:

One of the Best Places to Work!

The Walt Disney World Swan and Dolphin was recognized by Orlando Business Journal as one of the “Best Places to Work” and was also honored as the top placing company for our size ( 1,000+ employees).

In addition, we were recognized by the Orlando Sentinel’s Top 100 for Working Families, where we placed in the Top 25! This award honors those companies who make family a priority and offer benefits both traditional (medical, dental, 401k etc) and unique (anniversary recognition, holiday parties etc).